The congregations of Chalmers and Sydenham Street Churches wish to thank the Rev. Barry King for his time with us, as our Intentional Interim Minister. Rev. King has now retired. 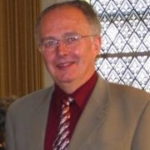 Wayne Hilliker was ordained by The United Church of Canada in 1966 and has served as a minister in a wide diversity of congregations throughout Canada. His tenure as Minister at Chalmers United Church began in 1983 and continued until his retirement in 2005 when he was named Minister Emeritus. The citation for his Doctor of Divinity degree which he was awarded by Queen’s University in May of 2006, reads in part: “Wayne Hilliker’s ministry has been unfaltering…particularly in lifting up the significance of preaching and by keeping matters of theology, faith, and life in the public eye. His voice has become one of the most clear and most provocative in Canada’s liberal Christian community.” It was fitting, therefore, that at his retirement, the Chalmers congregation established a Preaching Lectureship that would justifiably honour into the future such a thoughtful and engaging ministry of the spoken Word. 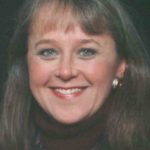 Carol Sleeth hails from Toronto where she worked in the film, television & video production industry for fifteen years. After moving to Kingston in 1994 to raise her family, she worked part-time in a church environment, as well as for Queen’s University. At Chalmers she provides administrative support to the congregation and to the Ministry staff and other church employees, liaises with volunteers and maintains church bookings.

Ivan Brandsma is a long-time member of Chalmers. He is conscientious and dedicated member of the support staff at Chalmers. His personable disposition makes him a joy to work with, for both other staff members and members of the congregation.